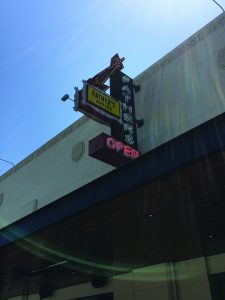 This summer I interned at AKALA, a tech start-up focused on providing college counseling for underprivileged children, starting from middle school. AKALA aims to utilize A.I. to build a platform that will not only provide assistance in guiding a child to extracurriculars or classes suited to their hobbies and likes, but also will centralize a child’s academic profile. The A.I.’s scalability means that individually tailored counseling can be provided to a vast number of students who individual counsellors simply would not have the time to properly deal with.

I have worked at AKALA before, as I spent Winter Study 2019 interning with them, however this internship was significantly different from that one. Since AKALA was gearing up for a crucial first true round of funding, there were several tasks that would arise and had to be completed promptly. Alongside tasks related to funding, such as attending meetings and logging contacts as well as contacting foundations, some of my work involved overlooking student profiles and calling them and their families. As it was time for many of them to move on from middle school to high school, it was crucial to have them log in their new data as well as to provide them tips in dealing with the transition. A big thing Perry, my supervisor, talked about was how many excellent charter schools work so hard in instilling positive, forward thinking mindsets into their students only for these students to go on to huge high schools where they are lost in the system with no counselors able to guide them. AKALA specifically helps tackle this issue and so to be a part of helping a student bridge their middle school and high school lives was quite gratifying.

The biggest project that I worked on was a short film we created to use as a promotional piece for funding. Perry took inspiration from Not Impossible, a company that tackles several societal issues and creates amazing short films from their charitable projects. Perry tasked me with planning and creating a storyboard for the film. This task was something I was immediately excited to carry out as film is one of my passions and the chance to express myself creatively was incredible. The whole process of storyboarding and planning was amazing. For the film, we went to New LA, a charter school that implements AKALA heavily. As well as AKALA being a part of the school’s internal structure, I had visited New LA a few times in order to help students and teachers utilize AKALA, so it seemed like the best place to shoot the film. Perry hired a cameraman and a sound technician and so the whole set up, as well as the quality of the film was genuinely high end. For the film, we interviewed a few college-bound students whose lives have been impacted by AKALA, as well as Perry himself. The entire process of shooting and the editing was incredibly gratifying as I got to see something I contributed to become tangible and complete.

In terms of its broader significance, interning at AKALA engaged me with one of the fundamental issues not only in America, but worldwide. In the wake of the revelations the college bribery scandal unveiled, AKALA’s mission is all the more important. Access to high quality college counseling, most of which is incredibly expensive, can truly aid your chances of getting into a great college. In providing affordable counseling, AKALA helps break the cycle of only the affluent going to the best schools and thus getting the best jobs. I genuinely believe in the mission of AKALA and hope that AKALA may be the start-up to democratize education. As someone who was able to get into amazing academic institutions, I know that I am in a position of privilege. I know that at some level I take for granted things that others crave and never have the opportunity to access. Interning at AKALA is a small way for me to help pay back that privilege and hopefully to create a world where one’s zip code does not almost automatically bar them from a chance of higher education. Meeting kids whose lives have genuinely been impacted by AKALA in helping them get to amazing colleges at the film shoot further galvanized my belief that AKALA is necessary in the world of today.

Continually exploring tech has made me further interested in it as a potential career. I truly experienced how varied the work can be, with creative tasks mixed in with more pragmatic business. Through simple tech programs, one can open doors and change industries that have remained unchanged for decades.

I would like to thank Perry, my amazing mentor whom I learned a lot from; the ’68 Center for Career Exploration for once again helping me immensely with another amazing internship that has helped me with my personal ambitions and life goals; and of course, the generosity afforded by Williams alumni.

Stop by Monday - Friday between 1 - 4:00 pm with quick questions. All sessions are 15 minutes, no appointment needed!

If you'd like to make an appointment with an advisor, visit
Handshake.