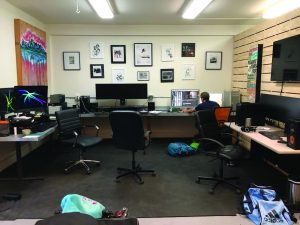 Idarado Media is a production company that specializes in creating photo and video content for brands that need outdoor media. Idarado’s clients understand that in order to appeal to their consumers they need to create a compelling and authentic narrative around their products. Idarado works closely with the marketing coordinators of major brands such as Sun Valley Company, Traeger Grills, Yeti Coolers, First Light and many others. What sets Idarado apart from other companies in its field is its small dynamic team. There are only four full time employees working at this company. This means that every employee at the company has significant control over the final product. What also makes Idarado unique is that every employee at the company is an accomplished outdoorsmen. In order to tell the story that companies need, some projects require long periods of time spent out in the backcountry or even the technical ability to summit a peak. While this company may be small, its skilled and driven employees allow Idarado to create content for world class brands.

This past summer I was fortunate enough to join the team at Idarado and my first role was to create short promotional videos for one of its biggest clients, Sun Valley Company. All of the videos that I would be making would be intended for Sun Valley’s social media accounts. In order to produce the massive number of videos and photos that Sun Valley needs for its advertising campaigns, Idarado shoots all of the video the season before its intended use. This means that when you see content online that is promoting Sun Valley’s summer operations, all the footage in the commercial was shot the previous season. Upon the start of my internship, I immediately started looking through the expansive Sun Valley folder on the company’s server. 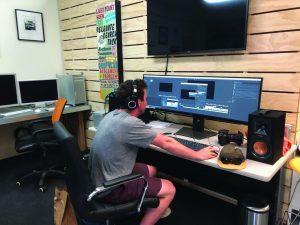 I needed to familiarize myself with all of the hundreds of hours of footage that had been shot the previous summer; that way I could quickly navigate through the server and find the clip that I was looking for. My first task as an assistant editor was to edit a series of one-minute long videos. This was a perfect first assignment because it allowed me to dust off my video editing skills and familiarize myself with the software that Idarado uses. After proving myself on this first assignment, I was then tasked with editing bigger projects for Sun Valley—creating a commercial for an upcoming sale of a season pass. A member of Sun Valley’s marketing team sent me a script. I started by cutting together a video with footage from Idarado’s server. I then recorded myself reading the script and included it in the initial cut of the commercial. Upon receiving feedback on the video I went online and hired a voice actor and sent them a script as well as the initial cut of the commercial. Within 24 hours I had a clean and professional sounding audio file from a voice actor I found online. This video was my first time interacting with the marketing team at a large company and it would certainly not be my last during my internship.

As I gained more experience editing projects for Sun Valley, I became more confident in my abilities. What initially made me interested in working in the field of filmmaking is telling authentic and compelling stories. I want to someday make my own documentaries about interesting people and issues that I am passionate about. Fortunately for me, Idarado had a client that hired them out to create documentaries. First Light is one of the biggest outerwear brands in the hunting industry. Recently a large portion of their advertising has come in the form of documentaries about interesting people that use their products. These documentaries tend to be about special hunting expeditions or people that live interesting lifestyles. I was able to assist one of my coworkers in the post production of a documentary he was working on about a hunt for a very rare sheep in a remote part of Alaska. I helped my coworker by watching through the raw footage of the hunt and then selecting clips that I thought would work well with the film. It takes a lot of practice to take footage that is seemingly meaningless and piece it together in a coherent way that tells a story. I am excited to apply the story- telling skills that I have learned at Idarado to other areas. 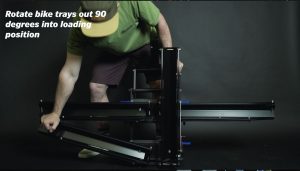 After some time at the Idarado I felt relatively confident in the quality of work that I was producing. This did not go unnoticed. My supervisor gave me the task of creating a commercial unboxing video for a bike rack company called 1up. 1up prides themselves in making American made bike racks for the backs of cars. Previously at Idarado, I had only assisted on big projects. This was my first project that I would have total control. I started off my planning on how I was going to shoot the commercial as well as organize talent for the shoots. Following the completion of production, I dove into editing. I really pushed myself to go above and beyond in the editing for this commercial. I included numerous effects that required me to use special effects software. I also learned a significant amount about relationships with clients. I was fortunate enough to get to talk with the director of marketing at 1up and learned a lot from her feedback. Overall, this 1up bike rack project was the most rewarding work I did at the company. Being in charge of my own client allowed me to grow as a filmmaker.

I believe my experiences this past summer have helped me develop both personally and professionally by giving me new skillsets as well as added footage to my portfolio and fueling my passion in this field. For this, I am truly grateful.